Amora Medina-Jackyl and her son, Ripper, know one thing well–vengeance. They inflicted pain without mercy to those who deserved the punishment. Although, they lived by one motto, family is to be protected above all else. When a child, an ancient cult murdered Amora’s parents and siblings. They never knew the Hell they brought down on themselves that one brutal night.

Amora was many things in her four centuries. A daughter and a sister, a mother, yet she was best known as a killer. When she meets her end, Amora will have hundreds, maybe thousands of lives to answer for. Her only wish is to find one moment of peace. She denies her need as much as she fights to protect it. When the one woman who can bring her serenity comes into her life, can Amora destroy century old walls to let her in?

Ripper has watched his mother fight savagely for others. He learned lessons in revenge from the moment of his birth; Ripper was his mother’s son. Yet he has a curse hanging over his head. A prophesy that wouldn’t be denied. He wants some semblance of normal. When he can’t deny his need for the one woman he’s kept his distance from would his love cause pain or pleasure?

When some truths come to light, the very reality of the family changes. Can they know something other than the taste of revenge and loss? 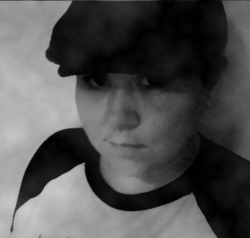 She has been writing for years in old notebooks. At the age of eight, she wrote the worst poem in the history of poetry, but it sparked her love for writing. She reads too much and loves to get lost in other worlds and her favorite stories have to include laughter and at least one reader doing a double take.

Thirty-something, forever restless, she uses her stories to ground herself, and find her place of peace.

This site uses Akismet to reduce spam. Learn how your comment data is processed.

Interested in being on Team Indigo? We're always on the look out for new bloggers to host our tours, blitzes and cover reveals. To insure that we only contact you about tours that may be of interest to you, please complete our Tour Host sign up form.